Interest Rates - they used to work

The Fed raised rates for the 4th time this year, and begins mulling the blunders that got them here and why the Volcker playbook doesn't work in 2022.

Alex Yablon notes that Paul Volcker's successful inflation fighting in the 70s-80s was successful due to 2 measures NOT related to raising rates:

Neither option is available today. Unions don't drive wage increases (the way they used to) and the global supply chain is broken (and likely rearranging into a set of regional chains).

Yablon argues astutely we don't need higher rates, we need "solutions to a lack of labor, commodities, and goods." To my thinking, this would be a more sensible starting point for approaching the "turbulent decade" Lyn Alden predicts in her recent energy crisis investment note.

The Sept jobs report showed continued strength with some moderation in hiring and quitting - a sharp drop in insurance & mortgages balanced by a sharp rise in healthcare. November layoffs are already mounting, and global container shipping braces for a 2023 recession.

At the same time, large enterprises (5k+ workers) have record numbers of job openings(!)  Jobs may be staying open/unfilled for longer, adding to the total job openings for 3 reasons important to talent managers:

Together these factors may be influencing hiring managers to bide their time and see what additional talent becomes available at more attractive price points in Q1.

All of this makes for worrisome election optics: the Fed's apparent intent to force lower wages and layoffs backs a narrative of an administration imposing poverty just to hit a squishy inflation metric that hasn't been accurate for some time now (see S3T Feb 27 segment titled Flawed Inflation Tracking).

Bitcoin, Ethereum and other digital assets rose again this week. Polygon was up sharply this week on news that Meta will use Polygon to let Instagram users mint and sell NFTs.

Fidelity has opened a waiting list for Fidelity Crypto - a new offering allowing retail customers to invest in crypto.

By my figures, it seems the bottom of the crypto market occurred sometime in June. Since then a number of cryptocurrencies have made sizeable gains.

AI has been used to generate predictions, recommendations, art, and potentially correct text...can it be used to write code?

This week BigCode released The Stack, a 3TB pre-training dataset intended to answer that question. BigCode contains the complete code of 30 different programming languages, structured to serve as a pre-training dataset for Large Language Models (LLMs) capable of generating working software code. BigCode's stated goal is to create a LLM that can reliably assist programmers with varying degrees of experience to write software apps.

This will be interesting, because code is less subjective / less forgiving than other AI use cases so far: code either compiles and works, or it doesn't. If it were to become viable - and capable of replacing software developers at scale - it would mark one of the first times that automation is aimed at higher end wage earners. Jack Ma did warn us about higher paying jobs being automated.

🔎 Why the world & the US see Web3 Decentralization differently

As shown in the above graphic, Web3 takes a fundamentally different approach, with significant implications:

These implications - along with further implications for transparency and reliability have been detailed in a number of helpful guides and explainers:

💡
"However, blockchain is much more than just a vessel for cryptocurrencies. The decentralized ledger it is based on brings numerous advantages for countries with struggling economies." - Association of Certified Anti-Money Laundering Specialists

Here in the US, though, the response has been non-committal at best: Consumers often focus on whether the experience is more entertaining than that of existing entertainment (i.e. multiplayer games).

Some in the federal finance sector have been more negative.

This IMF broadside (from a US based author) against decentralization offers a critique worth reading because it:

The SEC levied a record $6.4B in enforcement actions so far in 2022 - many related to Web3 - amid persistent criticism for overreach (2021) and lack of clear guidance (2022) for crypto/Web3. (See also Chair Gensler's victory lap this week in the federal agency turf war over who gets to regulate crypto).

Why the US doesn't get Decentralization

People in the US largely don't understand the economic advantages they have due to the position of their currency compared to the currencies of other nations:

Together these factors create a demand for US currency that in turn gives the US flexibility and options that non-privileged currencies (and corresponding economies) don't have.

A by product of this is that we don't understand why decentralization and its tenets are so intensely advocated for or needed by others. What seems like an abstract concept to us, is very real for those who must live, work, save and invest in less privileged economies.

At the same time, we in the US are not immune to the shortcomings of the current status quo.

Status quo governance - specifically the nation-state and its presumed relationship with corporations - is showing its age, and the implications are just as real for Americans as others.

Decentralized successors to today's problematic nation-states have been predicted:

These may emerge in some form within ~10 years. But they are no replacement for near term innovation. While nation-level decentralization may theoretically offer relief in the future, there are more practical urgent use cases waiting for action now.

Open Faced Omelettes are IN

Pictured above is an open faced omelette - this was my quick lunch on Friday:

The omelette appears to have been first documented in Persia, with subsequent variations emerging all over the world. TasteAtlas has curated 38 international variations at the link below.

Each week S3T includes a Nature Notes segment focused on increasing our understanding and enjoyment of nature.

Jan Hansen is the founder of Otus Asio Tours, a leading international ecotourism company, with deep expertise in hard to find species around the world.

Each year, eBird updates its bird species taxonomy - the complete list of the world's 10,906 species of birds, organized by families and subgroups.

For North American birders who don’t travel much internationally, this update is rather uneventful and usually affects just a few species. North American birds have been intensely studied for decades and as a result, taxonomic changes are less expected.

But in places like Asia and Africa, where there are many more species and political strife, poor infrastructure and geographic inaccessibility make avian research more difficult. And changes to the species list can have larger impacts than you might think.

The 2022 species updates will add a single new species in North America, the Chihuahuan Meadowlark, which is being split from the Eastern Meadowlark. Already birders on FB and other online forums are celebrating the addition of a new species for their bird lists.

But just as the annual update gives, it also takes away, and the losses can have profound real world effects.

This year one of the species being lost is Beesley’s Lark (pictured above), a rather unremarkable Old World lark previously restricted to a tiny geographical area in northern Tanzania. Going forward the Beesley’s Lark will be considered a subspecies of the Spike-heeled Lark, a much more widespread southern African lark that is easily seen throughout Namibia, South Africa and much of Eastern Africa.

In years past, most birders who have traveled to Tanzania have made special visits to the Engikaret Plains near Tanzania’s border with Kenya to see Beesley’s Lark. This was the only easy and reliable place to see this bird and its presence there was source of great pride for the local Masai tribesmen who protected its habitat and were always available to help visiting birders find it.

Sadly, the demise of this species probably means that international birders visiting Tanzania will no longer make the Engikaret Plains a part of their itineraries, and the end of these visits will not only eliminate the income the local tribesmen have been receiving in the form of gratuities, but also any incentive they have to continue protecting this unique grassland environment.

When their motivation for preserving the grasslands is gone these formerly protected plains will quickly become overgrazed and unsuitable habitat, not only for what was Beesley’s Lark, but also for most of the other grassland species that have historically been found there.

So as we celebrate the armchair addition of Chihuanhuan Meadowlark to our life lists, we should also remember that the annual changes to avian taxonomy, that for us are just a regular feature of the sport of birdwatching, can have serious and negative economic and environmental consequences for people in other parts of the world. In 2023 there will be people in a far away, rural Tanzanian community who feel this sting.

Ralph here with a comment: In the years I've known Jan, I've always appreciated his dedication to helping people understand the profound value of nature's services and the exquisite living things who share the planet with us. Learn about how you can join one of his upcoming bird trips here.

Special welcome to all of the new subscribers! Thanks to each of you for signing up! I look forward to learning together.

Leaders focused on positive team culture have long worried about the divisive often demoralizing effects that come with status quo methods we use during annual planning.

Leading companies are learning how to turn budget season into a company wide conversation instead of a zero sum game, and gather insights not just numbers.

Download the S3T Guide below to learn how. The Guide shows you how to reframe Budget Season in a way that puts your organization in a smarter, more positive position for success in the coming year. The Guide includes step by step instructions and a suggested worksheet. 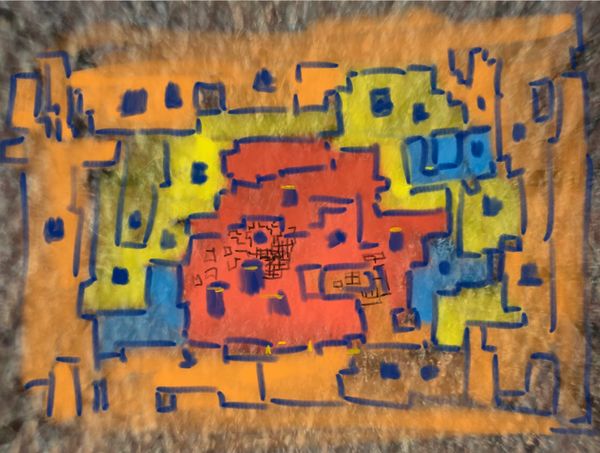 Paid-members only
Macro View: Big Tech, Web3, and Green Energy Black Friday online sales in the US hit a record 9.1Billion this week. 48% of purchases were done via mobile apps. This, in spite of inflation and an increasingly gloomy global economic outlook for 2023. In China, Covid and unrest point 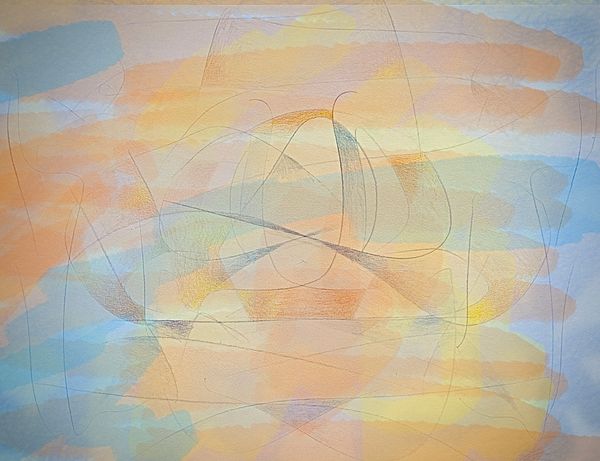 Paid-members only
🌌 Planet This week the world hit 8 Billion and the first network-nation experiment is underway, applying concepts from The Network State by Balaji Srinivasan (required reading for S3T members because - who knows?).   COP27 Climate Conference Outcomes The UN's COP27 (aka Conference Of the Parties) wrapped up this week with